How It All Began

The popularity of Cabo Pulmo began when many people came out of the cold to find a fun winter haven.  Those people were primarily from the ski towns like Sun Valley and Steamboat and Aspen.

Dick Barrymore, a ski film extraordinaire started talking about this ‘secret spot’ in the 80’s.  The joke was that we were to tell about Cabo Pulmo, but not where it actually was!  This, in turn, created a lot of Inquisitive questions. 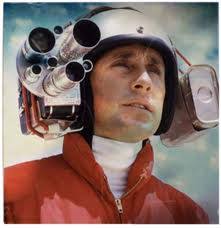 Wind surfing was thriving as a new sport and everyone that was interested was looking for a cheap tropical spot where the wind blew.   Another factor that help kickstart the tourism in Mexico was the falling price of oil and the plunging peso against the dollar.  This made for a SUPER cheap vacation for many that had more time on their hands than money.  You could buy a beer AND a taco for 1 dollar.  Barrymore saw the frenzy about to form and found a way to start a housing development in Cabo Pulmo.  He began to spread the rumor that there is an awesome windsurfing secret spot that is cheap and easy to get to with all that cumbersome windsurfing gear.  Cabo Pulmo was the new Hawaii.  Soon there were 100’s of people that drove to Cabo Pulmo to line the beaches with all their pickups, motorhomes and campers while the windsurfing industry pumped out the latest and greatest of new gear.  When the wind blew the windsurfers were all over the place!  Occasionally the best windsurfers rode 15 foot + waves on the reef with a super small 3.5 square meter sail !  Then they all gathered to share their stories on the beach with a bonfire and a bunch ‘o beer and cocktails.  On the calm days, many got out their small tin boats and went fishing just outside of the reef.  Since then all the windsurfers and kite boarders went to other areas that have more consistent wind such as ‘La Ventana’ east of La Paz.

Cabo Pulmo was known as one of the best fishing spots in the world.  You could drag a lure for just minutes on the outer ‘lineup’ and catch a dorado or a wahoo and get back in time to the beach to enjoy the rest of the day or simply read a good book.  Spearfishing on the reef was phenomenal.  In those days there were tons fish and sea life that one could not even see the bottom from the surface.  Sardines and other types of bait blanketed the huge monsters down below.  The idea was to get underneath being as stealthy as possible to about 30 to 50 feet with a loaded speargun on one breath of air.  Then shoot a small fish that you could share with the others in Cabo Pulmo.  The big ones were awesome too but sometimes they would just cause problems with the shooting lines and bent shafts where replacement would be virtually impossible without returning to the USA.

But during the 80’s and 90’s the local fisherman came in droves with huge ice trucks and nets and new boats and motors from the Mexican government that eventually would decimate the whole area…now known as the National Marine Park.  Even the purseiners and long-liners and the huge tenders were in this rich fishing area that took only a few short years to wipe out all or most of the food chain.  As Barrymore sold many lots in phase 1 of his development, the fishing diminished without immediate notice and many of the new homeowners were busy catching big dorado and Tuna on the outer line-up just 1 mile off the beach in an aluminum skiff.  Soon Barrymore developed Phase 2 and then Phase 3 hosting about 140 lots owners in all.

Since 1995 when the Marine park was inaugurated, and the local and commercial fishing halted inside 5 miles, the fishing revitalized and scuba diving became very popular with new sea life.  Soon the locals were forced to look for alternate ways to support their families due to the unsustainable fishing business.  You can still rent a fishing Panga off the beach but they are now forced to remain outside the park boundaries 5 miles out and 10 miles long.  However, the main attraction now is the diving and snorkeling.  Tourists and guests of the local owners come from around the world to see this incredible undersea life that now flourishes on the reefs.
Cole Barrymore – Owner
HomeContactPay Water Bill